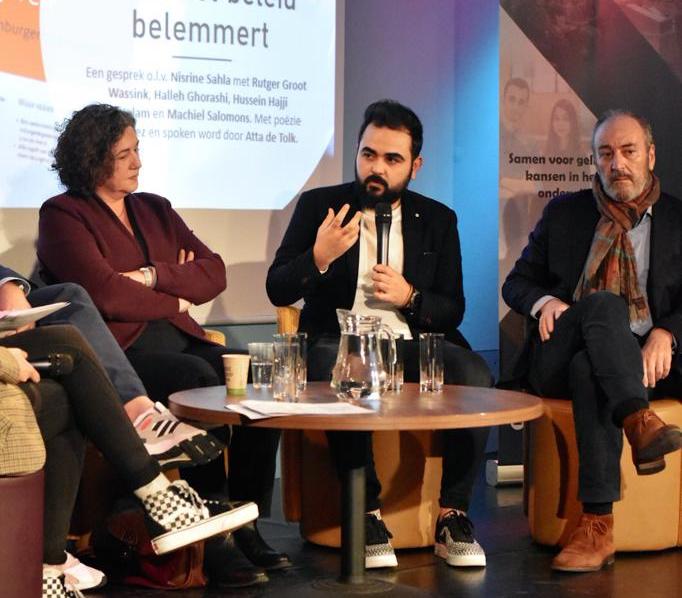 On the 6th of February 2020, Argan, an Amsterdam based non-profit, and Edu4u, a partner organization of United Way the Netherlands, organized a panel discussion in the Argan community center about the integration policy of the Amsterdam city council and difficulties newcomers experience when integrating into Dutch society. The panel, which was led by Nisrine Sahla of Argan, consisted of Machiel Salomons, our executive director, Rutger Groot Wassink, Alderman for Social Affairs, Democratization and Diversity at the municipality of Amsterdam, Halleh Ghorashi, Professor integration and diversity at the Free University of Amsterdam and Hussein Hajji Abdulsalam, co-founder of Edu4u.

The evening started with a poem by Amsterdam based newcomer, Terez. Next, the panel was opened and integration topics, such as language, education and newcomer policy were discussed in an open environment where questions from the audience were encouraged. Many newcomers and established migrants shared their experiences and thoughts with the speakers and audience, their peers affirmed their struggles integrating into Dutch society. The Dutch language, bureaucracy and educational system were topics which many newcomers agreed were difficult to navigate and learn as they first came to the Netherlands.

The panel was closed with a spoken word about the discussion, written and performed by Amsterdam based artist Atta de Tolk, after which speakers and audience members were invited for a drink and a bite to eat.